Another weekend closer to Halloween. Do you have your costumes, Halloween decorations and candy ready? If not, you have a week to get it all sorted out. If you do, go you! You’re ahead of the game and no last minute planning.

It’s Saturday so that means​​ Rogue Agents on the Run is 99 cents today only. Continue the adventures with our favorite Federal, well now Rogue, Agents of Magic this weekend before the price goes back up on Sunday. Don’t delay!

And time is running out to get Dragon’s Rising preordered! Only a couple days remain to preorder your copy so you can read it when it comes out!

And if you can’t wait for more Rogue Agents of Magic, Rogue Rescue, is also up for preorder. Preorder it now to get it bright and early when it releases in November. And more preorders will be coming your way soon! 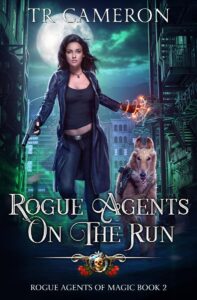 On the run. Pursued by the Government. And then –
A new menace arises.
The loss of their base and most of their equipment was a staggering blow. But Diana Sheen dealt with it with a troll by her side.
No more running. Time to turn around and fire back.
Individuals corrupted by Rhazdon Artifacts was one thing. Finding out that a cult has risen around the powerful magic items is another.
Dark times for the former Federal Agents of Magic, officially declared Rogue.
There’s only one way to deal with dark times.
Light them up with magical fire. Diana’s team is on the case.
For action, magic, snarky banter, martial arts, mystical creatures, and high intrigue, join Diana and Rath on their new adventures!
AVAILABLE ON AMAZON AND KINDLE UNLIMITED! 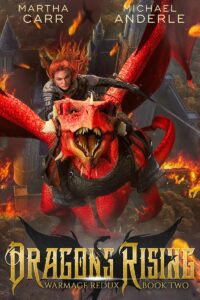 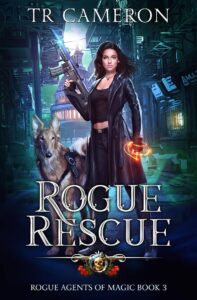