Boxed sets, audiobooks and a last chance to preorder…

August is just chugging right along. Can you believe it’s past the middle of the month? At the end of this week, Martha will be in Chicago having a lunch with a few fans (and I’m sure there will be pictures).

This week we have a bunch of great things to share with you.

If you were waiting for the boxed set of Rogue Agents of Magic so you can binge read it, your wait is over! Grab your copy of the Rogue Agents of Magic Complete Series Boxed Set for just 99 cents this week! Join Diana and her team as they face new challenges when they’re no longer trusted by the government and they have more enemies than before gunning for them!

If you were looking for more audiobooks, The Return of Raven and Magic Inc. both recently released and more in those series will be coming down the pipe soon.

And don’t forget, today and tomorrow are your last chance to preorder ​Protector. It releases on Thursday! Get read to go on a different kind of adventure with Henry and his team. Things are going to go sideways in a not-so-fun way.​ 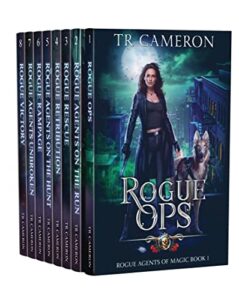 Who do you call when magical trouble threatens?

The Feds used to call on Diana Scheen and her team of agents.

What happens when the Feds they trusted no longer trust them?

Pick up this complete 8-book action-packed, urban fantasy series to continue the story from Federal Agents of Magic in the Oriceran Universe.

Diana Sheen and her team have been the Feds go-to Agents when magical trouble threatens.

Can any of it be enough when the foundations you counted on have turned on you? Only time will tell if the skills Diana learned from her old mentors help her escape and then – fight back.

Books included in this boxed set:

AVAILABLE ON AMAZON AND KINDLE UNLIMITED 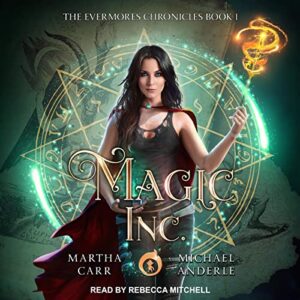 Say the right words in just the right way, and step through a mirror into Mana Valley, a pocket dimension hidden on Oriceran.

Are you in need of high-tech wands, shifter apps, services for the dark internet or other magical technology? Well, take a chance and enter. All that and more can be found here.

Could there be a competitor on the horizon?

Fran Jackson is a clever witch with big dreams of being a magi-tech entrepreneur and the know-how to make things happen. But a dark past buried in her family’s legacy may get in the way.

Magical monsters have begun crossing through the mirrors and attacking Fran’s employees.

Something dark is stirring under Mana Valley, and what it wants could transform the world in terrible ways.

Will Fran and the old lineage of Evermores be able to put a stop to it before it’s too late for both worlds? 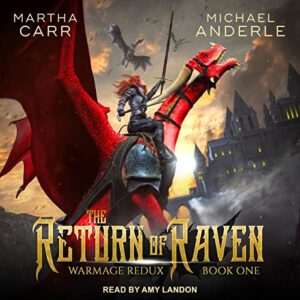 When one door closes for the young witch, Raven Alby, she’ll kick open another one.

Raven is graduating from Fowler Academy with her fierce red dragon Leander by her side. She is taking on the responsibilities of a WarMage—just like her late mother—and has joined the kingdom’s army corps and their fleet of dragons.

Time to get ready for whatever the world throws at Raven and her homeland, the kingdom of Lomberdoon.

Something is affecting the dragons, wild and tame. A few have turned up crazed, spitting fire and ice, right before they die. Did the creepy crawly monsters that once plagued the kingdom leave one last poisonous gift behind?

Can the corps’ veterinarian, Dr. Welby, find out what’s causing it and create a cure before it’s too late?

And Raven’s grandfather, Connor, has gone missing. Can her frenemy Bella and her private company track him down for Raven? In exchange for a favor, of course.

Things are changing in the land of Lomberdoon and battles may be on the horizon. Who will stand with Raven and Leander? 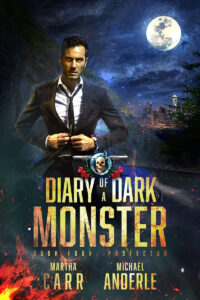 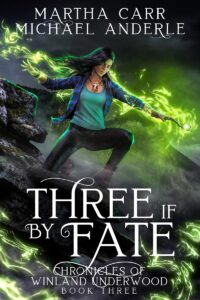 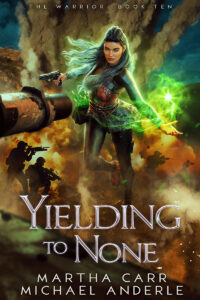 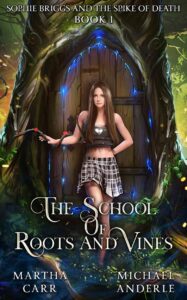 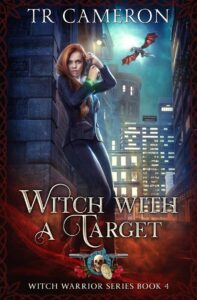