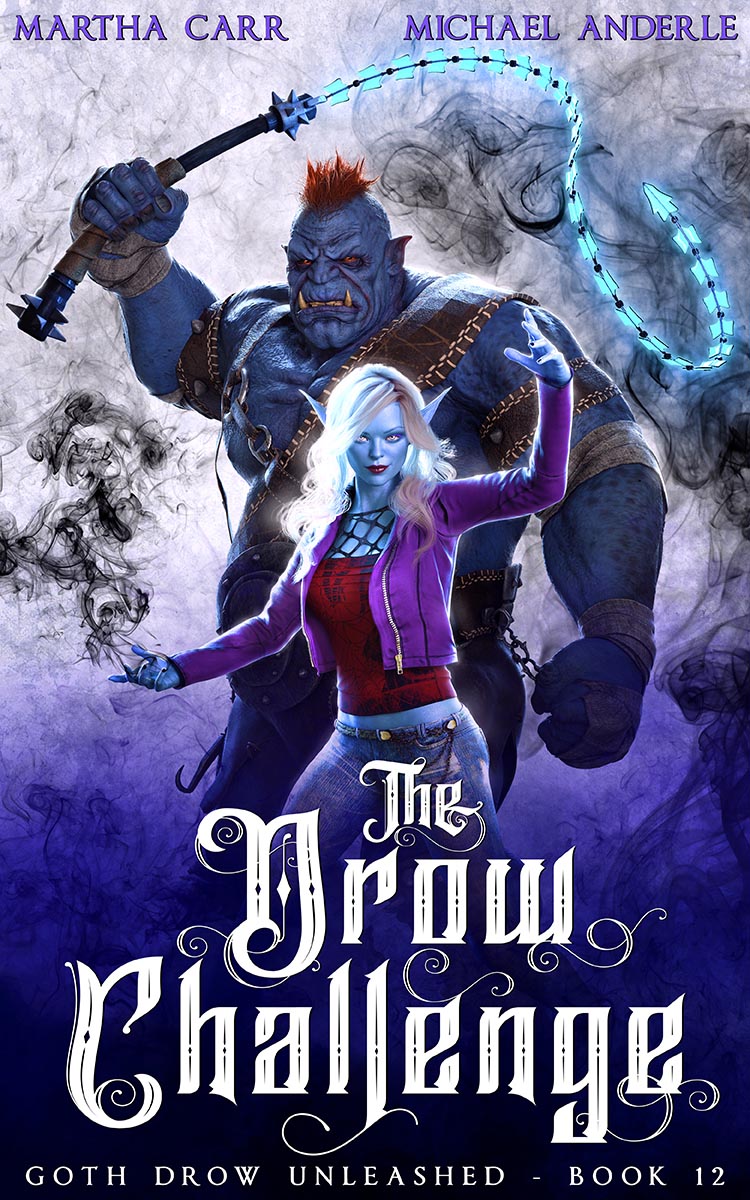 Cheyenne Summerlin has 11 days to gather her terms for Ba’rael, find someone to take her place as the new O’gúl Crown, and deal with a traitor in the FRoE.

Her dance card is already full with weapons and betrayal.

NOTE: The Drow Challenge was previously released as part of The Drow Grew Stronger.

But when her mother gets hit with a curse intended for her father, L’zar, freeing Bianca from the deadly curse becomes Cheyenne’s top priority. The time is cut short.

She no longer has eleven days to become the champion she was meant to be. She has less than four.

The blight is spilling over onto Earth, Crown loyalists are creating havoc, and her father is making deals with criminals and a necromancer. Can Cheyenne rise to the challenge?

It’s time for the young warrior to take her terms to the Crown and hope Ba’rael steps down willingly. Otherwise, the Goth Drow faces a fight to the death.

Who will win in the end?

Get your copy to join Cheyenne and her friends as their fight continues against the Crown and agents in the FRoE.