Academy of Necessary Magic Book 7: Shadow in the Backwater 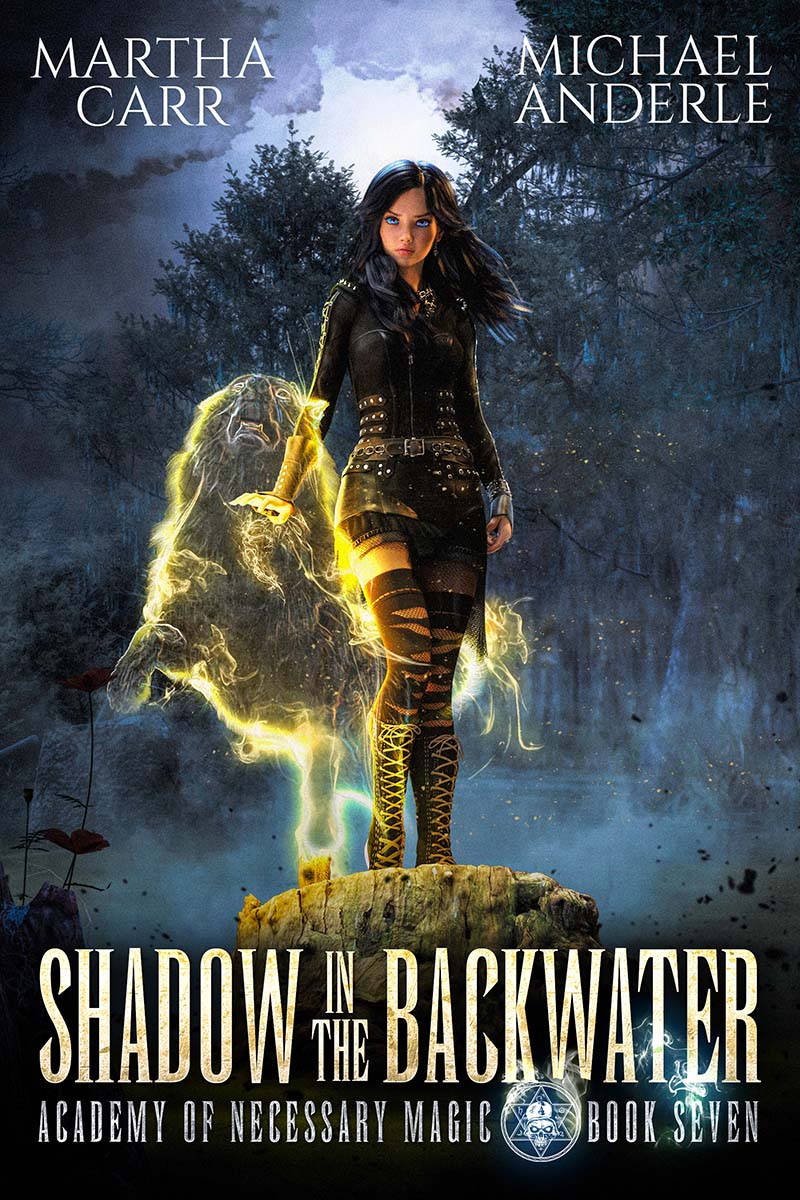 Senior year has started at the Academy of Necessary Magic. One long summer in the swamps and Amanda is ready to get back.

Not only does she have a job with the Coalition but newfound independence with independent study.

Look out world. Idle hands make for a devil’s playground… especially when a boy is involved.

When Amanda’s ghost-wolf acts up and leads her straight to Matt Hardy practicing magic on school grounds, she proves herself wrong one more time. A boy like Matt shouldn’t be able to use that kind of magic. She should know—they’re both shifters, after all.

Except the new boy’s something else too, and he just won’t leave her alone.

How in the world is our shifter girl supposed to juggle senior year, a complicated shifter relationship, an oddly jealous best friend, and a serious emergency threat to an entire continent?

All in a day’s work for a teenage monster hunter, right?

Get your copy to continue Amanda, Summer, Matt and the rest of the gang’s adventures today!