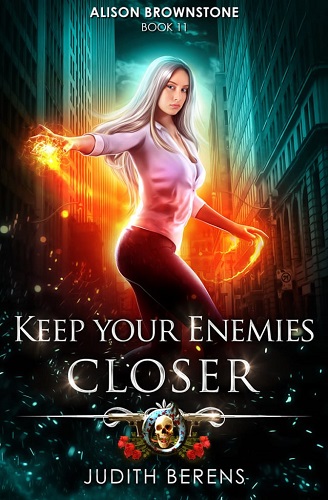 Alison bloodied the Tapestry, but has she defeated them?

With her foes operating under the radar, Alison thinks she has time for reviewing pet parks and PR jobs, but when the mysterious magic-enhancing drug Ultimate arrives in Seattle, she is faced with a shocking conspiracy that might reach from Las Vegas to Seattle. Sadistic wizards willing to experiment are flocking to town, including a mysterious and lethal woman testing a newer, purer form of Ultimate with no consideration of the human costs.

Alison’s informant Vincent has been acting sketchy – even more so than usual. Alison’s investigations now force her into risking herself and her people to protect a man she doesn’t even like, but in a city like Seattle, embracing some of the gray is necessary for the greater good.

Ultimate is changing men into monsters. Alison will need the help of the PDA before Seattle is overrun with twisted creatures.

Will Alison be able to fend off the converging conspiracies and solve the mystery of Ultimate before it’s too late?