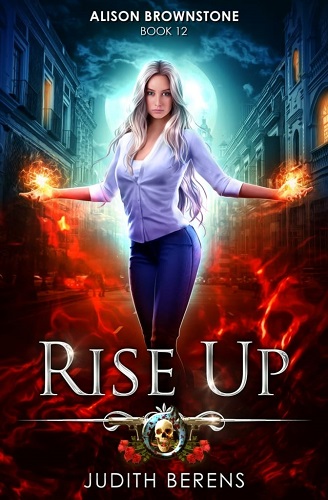 It’s hard to plan a wedding when the bad guys just won’t take a hint. Invite only…

Brownstone Security is hired for what should be a relatively simple job. Protect a courier transporting a valuable painting. Nothing about the job is as it seems and Alison ends up working with the FBI’s first witch on the case.

Can they figure out what’s going on and settle a score before the painting is lost for good? But that’s not all – the CIA is looking into the Tapestry and who they might be allied with.

The Tapestry might have been knocked down, but they definitely aren’t gone – at least not yet. Didn’t they learn their lesson the first time they went up against Alison and her friends? Apparently not.

Bodies at the morgue have disappeared and it’s not the first time. Bodies are disappearing throughout the city and it’s raising red flags for every government group out there – even if they’re trying to keep it on the down low.

The CIA teams up with Alison and Brownstone Security to track down Tapestry, but will their combined muscle be enough?

Can Alison, her team and the CIA stop the Tapestry before they finish their plans to invade and conquer Earth?

Team up with Alison and Brownstone security and come along on the action-packed adventure, Rise Up!