Skip to content
Chronicles of Winland Underwood Book 5: Five If By Flight 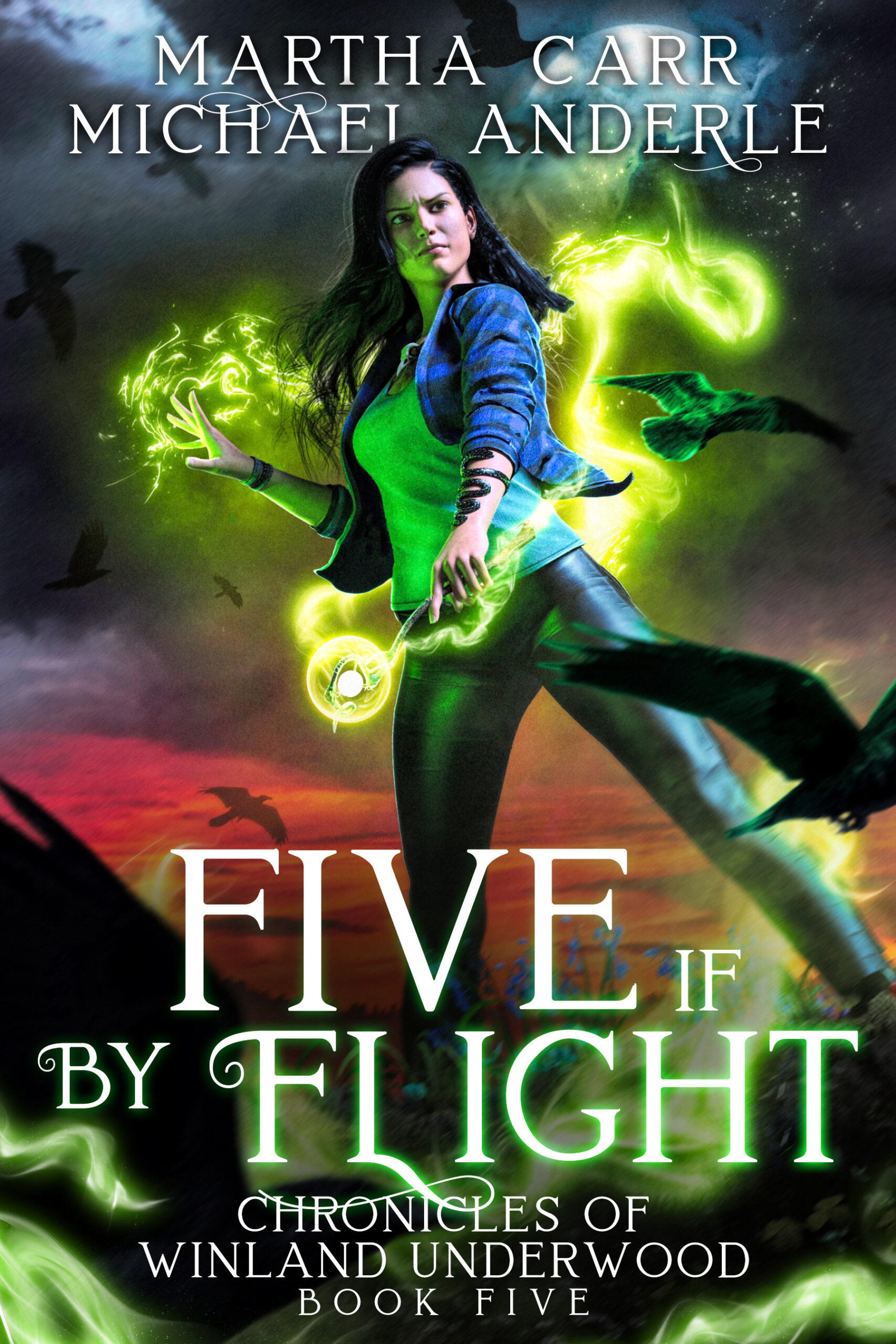 The least of which is the citizens were able to capture the Silver Griffin traitor, Erickson, without her.

But more refugees keep arriving, and the town is expanding. Erickson wasn’t the only threat to everyone’s safety.

Can the young witch leave them alone while she goes in search of her mother? Or will a hidden menace move in while she’s gone?

Hector Fang has a plan of his own and it involves Winland. Good or bad, he has a thing for Winland and he hopes he can convince her to join him.

Then there’s Erickson. He can’t be contained in a jail forever. Winland hopes to get answers out of him, but will she like them?

The story she’s built about her life may be unraveling. Can she believe anything she’s told?

The Fixer’s daughter will have to decipher the truth from the lies herself and hope they lead to her mother or the warrior witch. And if she’s lucky they’re one and the same.

Get your copy to join Winland as she continues the search for her mom!