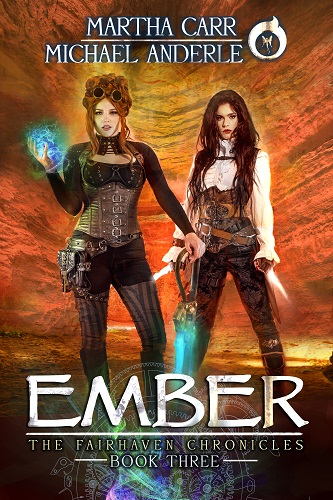 The hunt is on…

Victoria Brie has a target on her back.

The assassin who killed Victoria’s parents has his eyes set on conquering her beloved hometown of Fairhaven… and Victoria’s dark magic is the only thing standing in his way.

To beat him, Victoria has to go all in… even if it means sacrificing herself to win.

It also means doing what she never thought she would do—acquiring more of the dark magic that made her a target to begin with.

An ancient power lies deep within the labyrinth beneath a long-lost kemana called Lochrose. Once home to the most influential witches and wizards, it now rots under the dominion of a horrifying beast… a monster only one witch has ever escaped.

And Victoria has to face it head-on.

But as is always the case in Fairhaven, there’s more going on than meets the eye. The countdown has begun, and Victoria is running out of time to save her home. With every turn, she risks being trapped in Lochrose forever… and losing the people she cares about most to its winding depths.