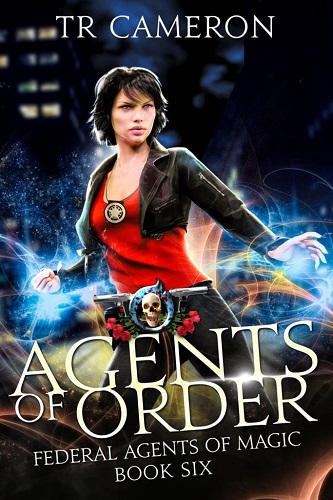 Enough is enough. Special Agent Diana Sheen has been pushed too far.

Magical attacks on her, on her team, and on the city she’s responsible for have tipped the balance.

But there are more players on the opposing side than she knows.

Dirty politicians, a sneaky witch maneuvering to increase her own power, and a dark and mysterious magical alien who is moving the rest around like toy soldiers on a gameboard.

Plus, a sneaky assassin is prowling around her town.

But the Blackops Agents of Magic are ready. Cara’s artifact daggers are more powerful than she could have imagined. Rath the troll’s training as a master of the blade continues and Diana’s teacher Nylene is ready to roll up her sleeves and get into the action.

It’s time for the chaos to end. Diana and her team are committed to bringing a sense of order back to their home.

Meanwhile, the enemy has set its sights on yet another target Diana cares about…