Goth Drow Unleashed Book 7: The Sword and The Drow 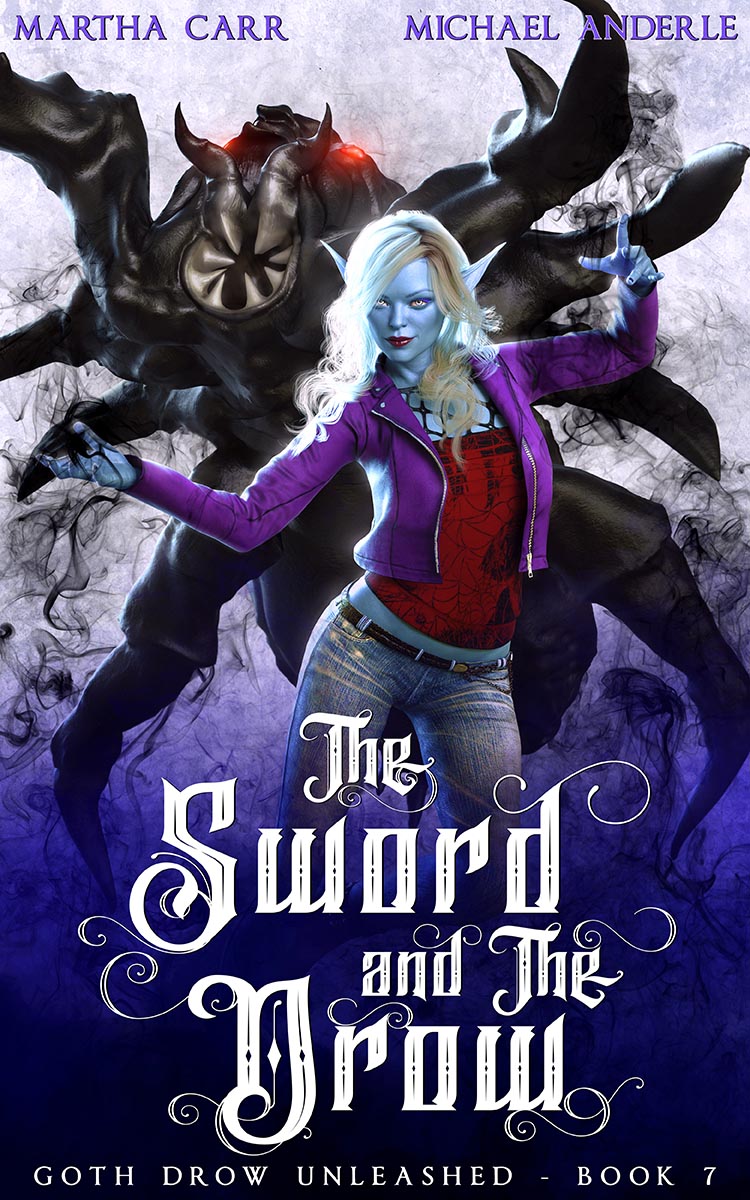 Cheyenne’s passed her Drow trials but there’s one more step to claim her legacy.

Note: Previously released as part of the megabook The Drow There and Nothing More.

​The secret contained in the heart of Ambar’ogúl and a coin placed on the Crown’s altar. But not without her father’s help.

Will L’zar Verdys risk everything for the daughter he just met and the throne he never wanted?

Cheyenne will have to take a trip to the other side to see the destruction in L’zar’s world to learn more about him and the rebellion. L’zar’s rebels are ready to fight to stop the coming war and the creeping blight and they need Cheyenne to join them. Will her halfling blood be the edge they need?

It’s a race to the finish against an entire royal army. What will be Cheyenne’s destiny? Become the Drow Ruler and fulfill the legacy her father left behind or death?

Join us in the next super-sized 3 book adventure in The Drow There and Nothing More and find the answers.