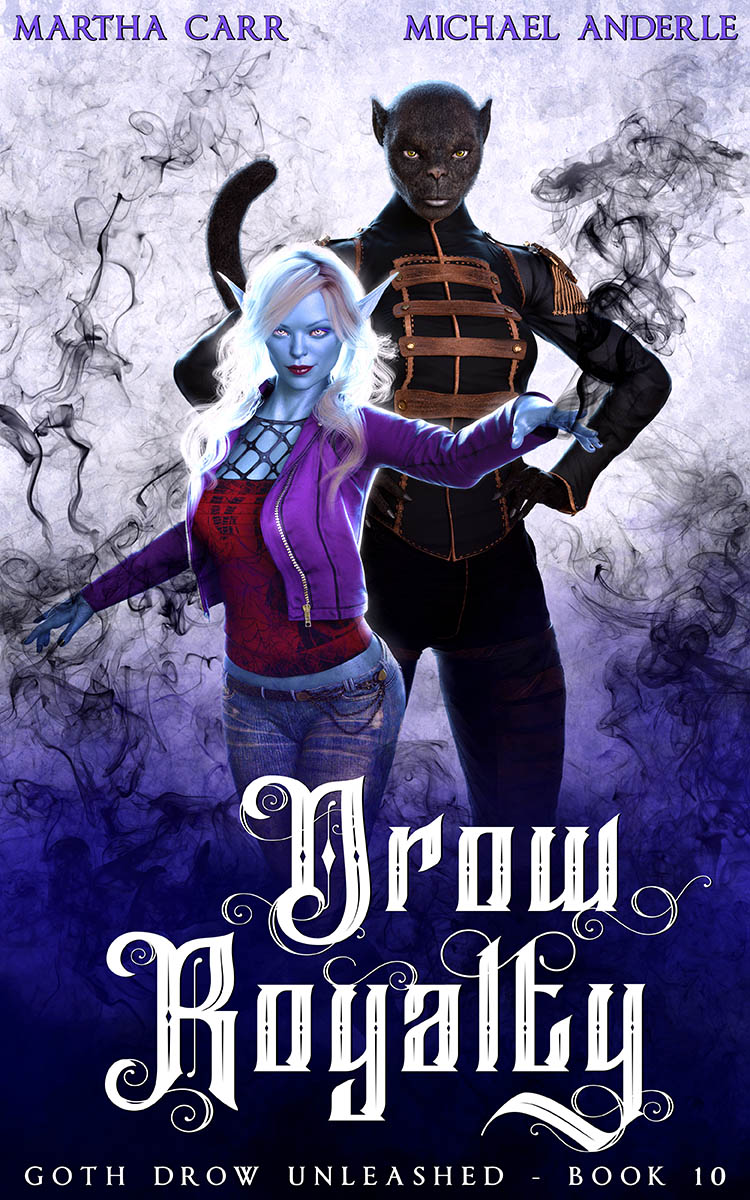 Cheyenne is at the crossroads. Who will sit on the Drow throne?

The blight is still ravaging Ambar’ogúl and spilling through the Border portals into Earth. It’s hard enough to discover the secrets in her father’s world that will force the Crown to step down.

NOTE: Drow Royalty was previously released as part of The Drow Grew Stronger.

Now Cheyenne has to battle the darkness on both sides of the Border and keep her old life running like normal.

With a traitor in the FRoE and war machines tearing through Virginia, who can the halfling trust? Who will get a chance for redemption?

Two different worlds are counting on the Goth Drow. What will it take to save them both?