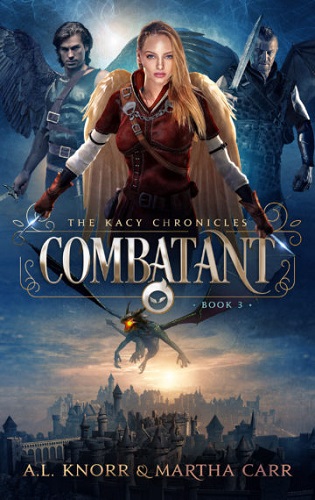 Rodania’s protective magic is broken. There is no military. Who’s going to step up?

Jordan’s father is in deep trouble. He’s trapped in the tombs of Trevilsom, and rescuing him is only the first of her challenges. When she, Toth and Eohne find him, Allan is a shadow of his former self and even Eohne isn’t sure how to help him.

Meanwhile, on the islands of Rodania, several attacks by harpies suggest sabotage. How else could they be getting through the magical protections? The Rodanian government has been arrogant enough to assume a military wouldn’t be necessary, leaving the nation vulnerable. This costly mistake could well spell catastrophe for Rodania’s citizens, unless action is taken, now. So, why is the King so slow to respond?

When Toth is commissioned to raise a Strix army, Jordan joins to train in weaponry and combat, but she can’t help wishing they all had guns. It would feel damn good to shoot a harpy in the face.

As if the imminent harpy threat wasn’t enough, it’s rapidly becoming evident that Jordan’s dragon, Blue, is not the Predoian Miniature they thought he was. How long before the dragon is banished from the Kingdom of Rodania for good?

When Jordan and Sol take on a dangerous assignment to return to Virginia and bring back something that may help revive Allan, she returns to the Elf Princes, Sohne–who is expecting her. Too late, Jordan learns that to succeed in helping her father, she’ll have to leave Blue behind and give up her wings.

Can Jordan revive her father and live through the harpy onslaught for long enough to fix her broken family?

Welcome to Oriceran. The veils between the worlds are thin. Come see what’s on the other side.

Combatant is the third book in The Kacy Chronicles, A Revelations of Oriceran Series. If you love portal fantasy, dragons, epic fight scenes, and a touch of romance, don’t miss A.L. Knorr and Martha Carr’s Kacy Chronicles! What are you waiting for? Scroll up, grab your copy, and join the adventure today!