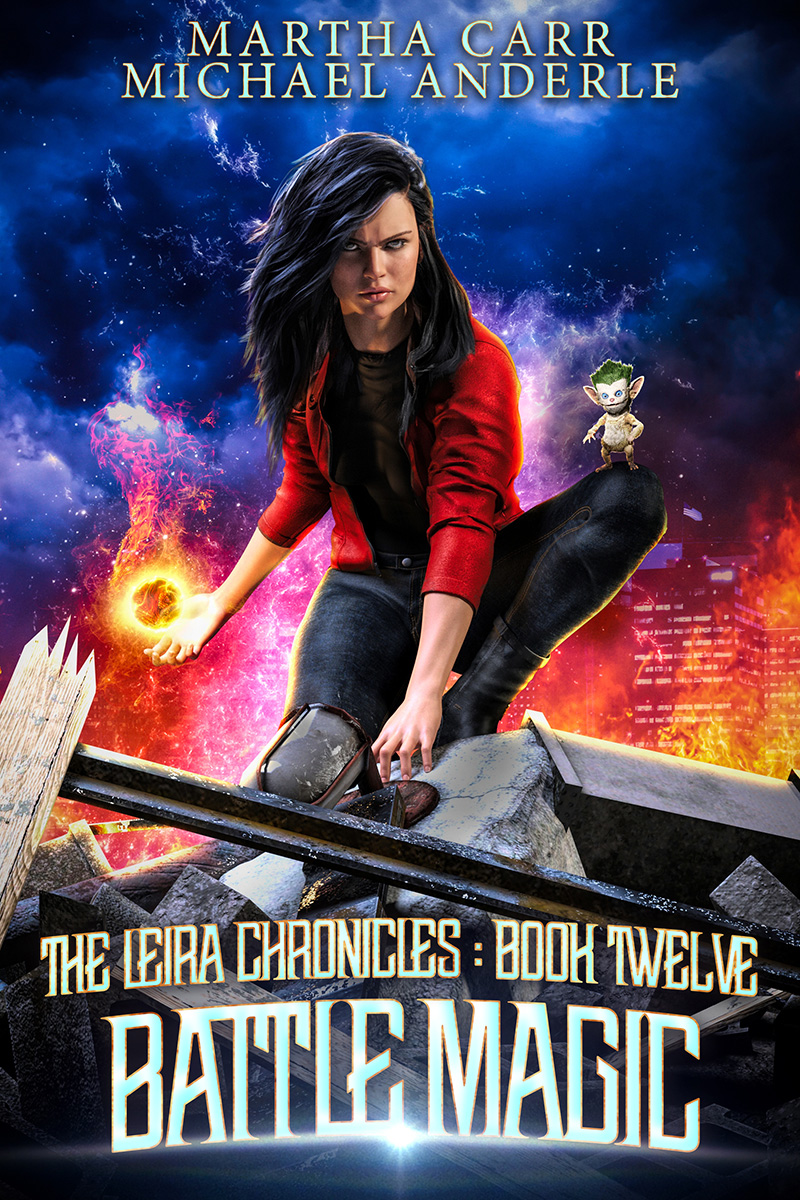 Every lesson Leira Berens has learned since she found out she’s a Jasper Elf is about to be put to the test.

Magic has come out into the open with a bang and everything is in peril.

The monster will have his day or die trying.

Wolfstan Humphrey is losing ground but he’s not going down easily. He’s built an army of twisted magicals ready to attack.

Will his quest for power succeed?

The Silver Griffins have been betrayed and are coming undone. Refugees are being hunted to the door of the old Fixer’s estate. Magicals are disappearing off the streets. The Dark Forest is in jeopardy.

A war is looming, but will Leira and Correk have enough on their side to tip the scales?

Can all the forces behind Leira come together in one last battle with the spark of humanity to save two worlds?

Join in the epic adventure of Battle Magic and the fight that could unify everyone or pull it all apart.