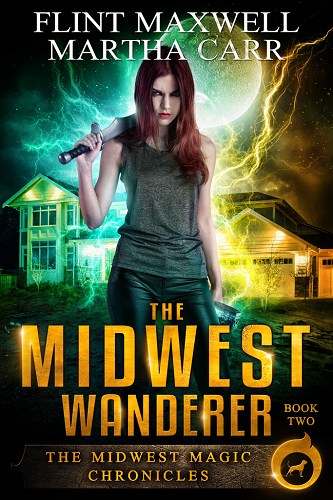 Maria Apple defeated the Arachnids, but there’s a village of people still trapped in the world in between. The key, Maria knows, is the music box her grandfather Ignatius gave her. The only one who can unlock its power? Maria.

Problem is, she doesn’t know how.

Gelbus has been abducted by the Dragon Tongue, an ancient group of worshippers hell-bent on raising a Rogue Dragon from the dead. Maria, Ignatius, and Sherlock must travel to Ashbourne, a place none of them have gone before, to save Gelbus, the town, and his secrets before it’s too late.

Welcome to the Midwest Magic Chronicles, where magic is real and the stakes never stop rising.