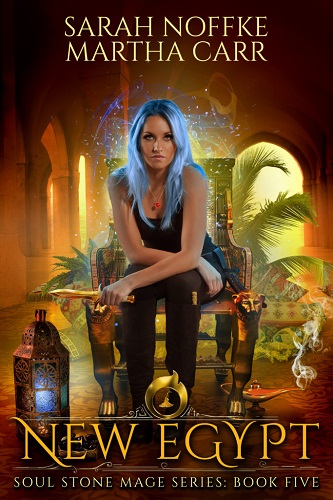 After a century, magic’s greatest enemy has returned—Vampires.

Queen Azure sets off on a world tour of Oriceran, thinking she’ll strengthen relations with neighboring kingdoms. On her first stop in New Egypt she finds something chilling.

People all over the kingdom are being bitten, many of them turned.

Led into a secret headquarters, Azure meets one of the oldest covens governed by the magic that connects Oriceran to Earth. The witches and wizards of New Egypt need protection from the vampires. Those from Virgo will need help too. These blood hungry monsters are taking over and want more.

Ready for a brand new take on vampires? Step into New Egypt where the Founders rule, turning those with magic into Followers, one bite at a time.

*NOTE: There’s cursing in this book because these witches and wizards are just rude like that. If cursing is a problem, then this might not be for you.