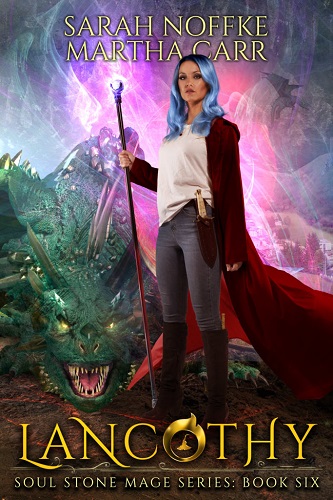 After a century, magic’s greatest enemy has returned—Vampires.

New Egypt is being overrun by vampires. Knowing her options are limited, Azure sets off for the kingdom of Lancothy, where bats are known to reside. She must get to them before the vampires do. Bats are deadly to magic.

Quickly Azure learns she’s being stalked. By a zombie.

The wereanimals of Lancothy are unwilling to help. The weredragons stubbornly won’t comply. Just when all hope is lost, the worst possible reality unfolds. Azure, along with her friends, must save Lancothy—even if the wereanimals don’t want to be saved.

Ready for a brand new take on vampires? Step into New Egypt where the Founders rule, turning those with magic into Followers, one bite at a time.

*NOTE: There’s cursing in this book because these witches and wizards are just rude like that. If cursing is a problem, then this might not be for you. ​