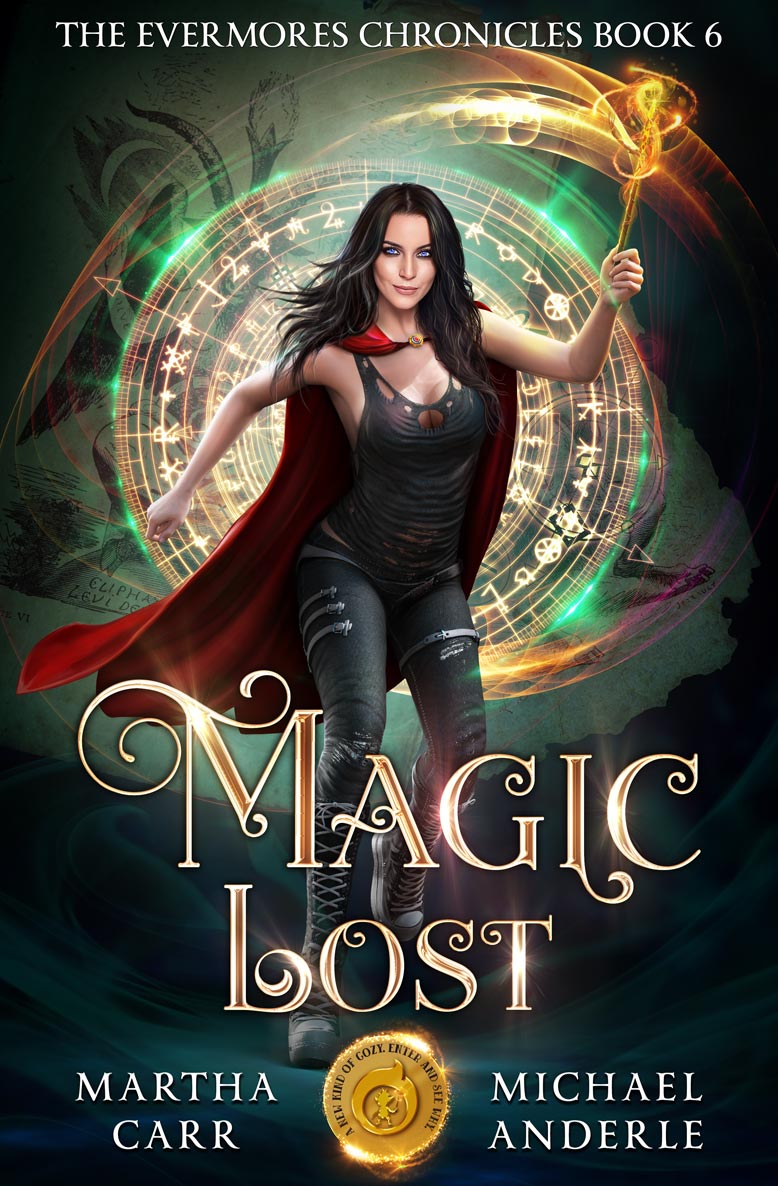 Break a mirror, bad luck will follow. At Mana Wave Industries the shattered glass has opened the portal to old enemies.

Fran Berryman isn’t losing everything she built just like that. This witch will fight to protect and preserve what’s hers.

But the Darkness Between Dreams has plans to unleash his nightmare realm.

That can’t be good.

Are the pieces of the prophecy coming together and who will be on the winning side?

Can the Source remain hidden? The Evermores will die trying, but Fran isn’t so sure they’re right.

The band of witches will have to come face to face with the Darkness Between Dreams and destroy him at last or die trying. Who will survive the battle?

Get your copy to read about a building covered in clockwork, a tiny imaginary house, a battle against rock monsters and a beast that should never have been summoned.