Skip to content
The Last Vampire Book 4: The Girl in Plain Sight 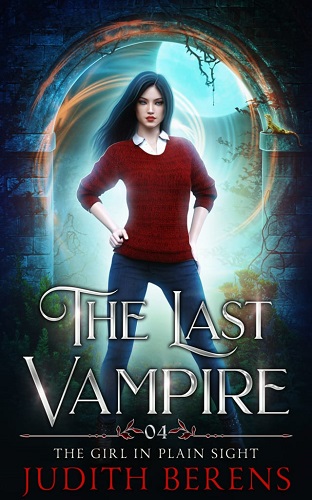 New semester. New classes. New challenges. Can a 400-year-old teenage vampire learn to control her powers enough to manage the halls of public school? And not bite anyone of course…

Vickie is making friends with a new girl, someone Alexis doesn’t trust. Alexis is starting a romance with Will, and Vickie smells trouble. Are the girls worried about the wrong things or can they help each other out?

But new world, new problems. The girls end up on social media, and Vickie has been warned not to talk about vampires, but will she listen? Let’s hope she doesn’t overshare with her new friend trying to impress her with a few vampire tricks.

But Dad has a way to get the girls to focus. Vickie and Alexis have to get jobs if they want money to spend on hanging out with friends.

It’s all so normal until… it isn’t…

The family’s attention is divided until the Circle shows up at the house. It’s going to take a team effort to survive. Has Vicki made enough allies to stand next to her and fight? One wrong move and the Circle will finally kill the Last Vampire.

Join the battle in the halls of high school and the deadly streets with The Girl in Plain Sight.