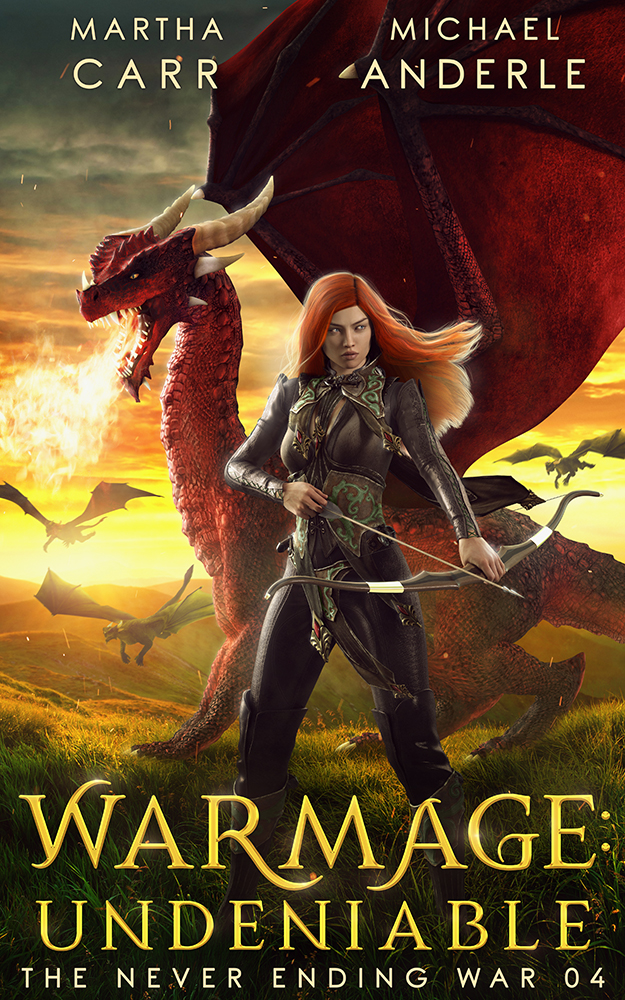 Raven Alby is finally getting the chance to be an ordinary first year mage at Fowler Academy. Until her dragon familiar sees a dark shadow in the sky that neither of them can explain.

Monsters have invaded the valley of the flightless dragons.

Connor Alby’s letter warned magic was returning but what new threats does it bring?

Dragon ranches and stables are being attacked across Lomberdoon and Raven and Leander could get caught in the middle.

Raven is whisked away from her dragon and wakes up alone in an empty cave in the Mountains of Jared with no way out. Will this mage in training have to rely on just magic or will Leander find another way?

Now, the dragon who couldn’t be trained must trust the people closest to Raven in order to get her back – her friends. Everyone has a part to play, and the bond between dragons and mages will be more important than ever. Will it be enough?

Join Raven and Leander on their next adventure in WarMage: Undeniable.