Skip to content
The Witch Next Door Book 3: Any Witch Way 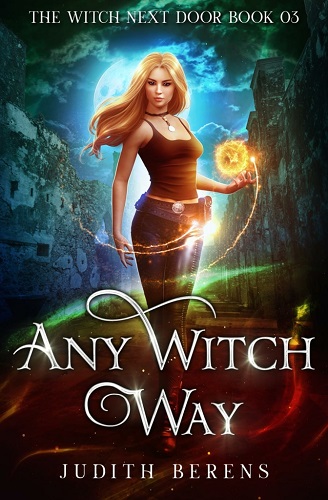 With only a creepy stone idol as their next clue, Lily and Romeo are off again. This time the clues will take them to Guatemala’s healing temple of Ichacál where the situation becomes life or death.

Someone’s been kidnapping magical children from small Mexican villages. The locals don’t know knows who it is or how to stop them. Lily and Romeo stop in their tracks and instead set out to find the lost children.

Good deeds sometimes pay off… or do they? In return for their help, a powerful necromancer in the village tries to find answers to Lily’s questions, but even he can’t see what’s chasing Lily.

He can see a warning just ahead.

The temple of Ichacál is supposed to be a sanctuary for all who enter, but the necromancer has a bad feeling about it for our young witch.

Dark signs aren’t enough to keep Lily away and everyone heads to the refuge of Ichacál. Instead, terrible, hidden secrets are revealed there and some of them are for Lily. Is her mother there? Or was she killed by whatever awaits them in the temple?

Find out in Any Witch Way