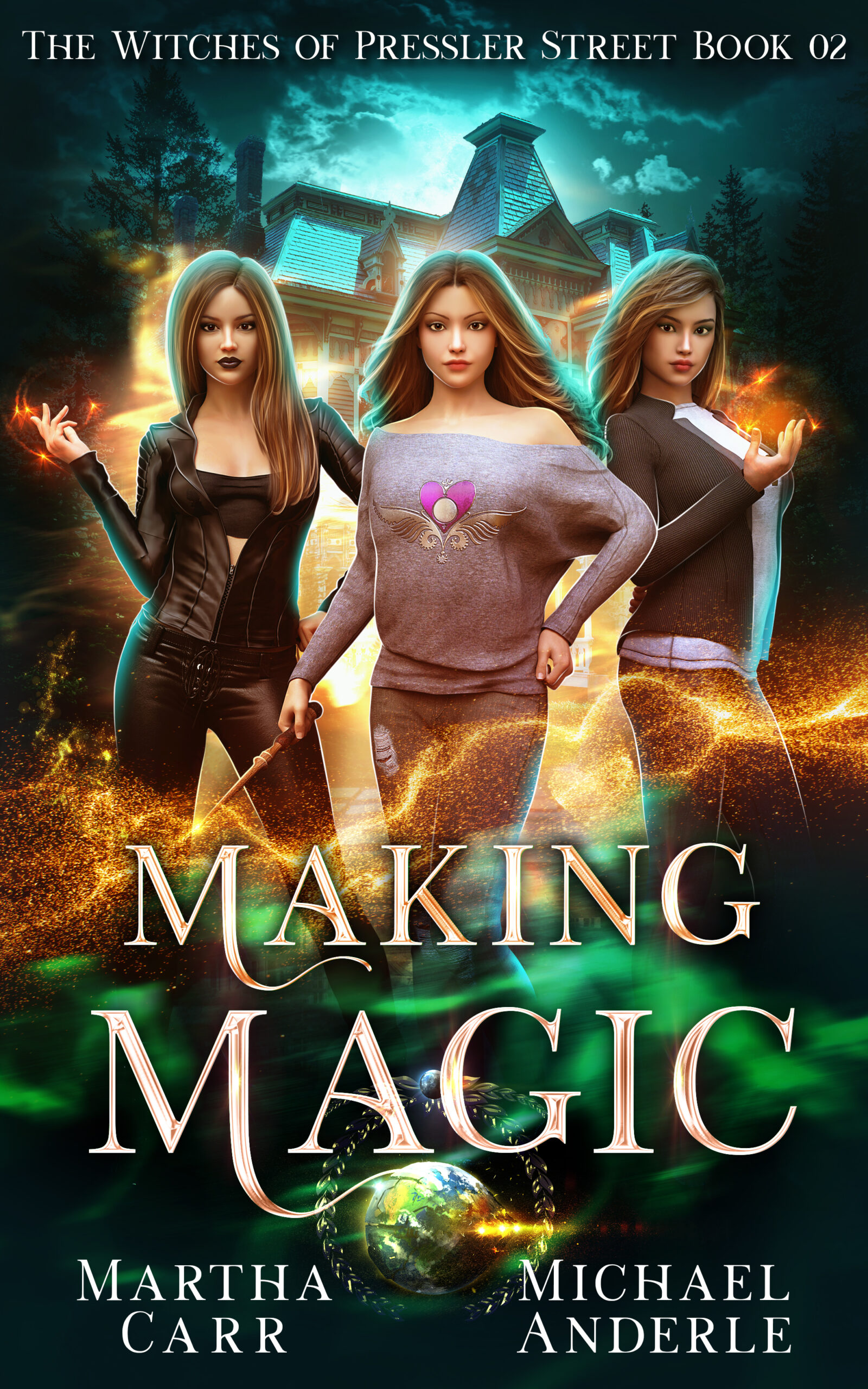 What’s harder than one witch problem for the Hadstrom sisters to solve? Two. And the second one is life or death.

The Gorafrex is trying to power an ancient ship that could destroy not just Austin. Big sister Laura may have the key to solve it.

It’s not a problem she can solve alone, but she knows just who to call when she’s in trouble.

It’s good to have friends who know the secrets your family is keeping.

Nickie has to learn to control her magical music without killing herself or her sisters. Emily wants to be a Head Chef if she can just keep her magical feelings out of her cooking and away from paying customers.

The sisters have a lot to learn about their magic, the legacy rings and the strange iron weapons the rings created. And if they don’t work together, they’ll never find the pieces they’re missing before the Gorafrex takes another human host.

Step 1: Destroy the energy cores. Step 2: Lock up the Gorafrex. Step 3: Lead a normal life as a Hadstrom witch and tell your boyfriend nothing. No pressure.

Click read for free or buy now and join in the adventure in Making Magic!