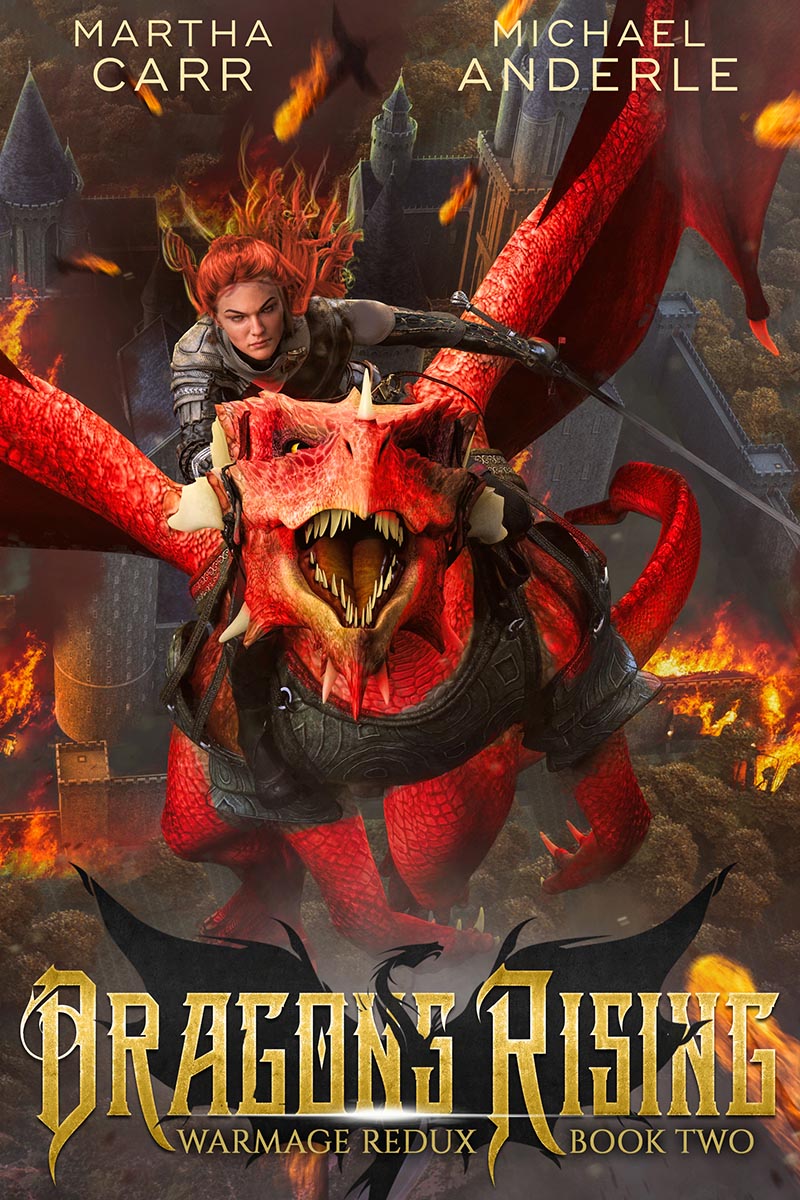 Be careful of angry dragons and WarMages. They’ll forget the ketchup and just burn you to a crisp.

A battle has ended, but the War has just begun. Raven and Dr. Welby think they have the fungus destroyed and the dragons cured, but more are showing up sick or dying.

What did they miss? They had to have missed something in the caves… but what?

Even the dragons at William’s ranch are infected and going downhill. He finally seeks Raven’s help before it’s too late.

It gets worse. Leander’s mother is sick too.

Who is behind this? It’s not natural, that’s for sure. The wild dragons have spotted strangers in the mountains. Are these an invading force responsible for the attacks on the dragons? Where are they from and how can Raven and Leander stop them?

And where is Connor Alby? They could really use his help right about now.

Get your copy to join Raven, Bella, Henry, Chui and William as the battle continues!