Continue the adventures with Fran and Raven and their teams this weekend!

This week was a busy week. We’ve got a few things being worked on behind the scenes – more on that in the future. This week we celebrated Saint Patrick’s Day and early next week is the spring solstice. Before you know it, flowers will be blowing and it will be getting ever warmer as summer gets closer.

I don’t know about the rest of you, but I am looking forward to nicer, warmer weather. ​​

But before the spring solstice gets here, we have Fan Pricing Saturday! And you know what that means! The two books that released early this week are on sale for just 99 cents today only. So if you were waiting until today to pick up Magic Adventure and Against the Dark, here’s your chance. Both of them are 99 cents, but don’t delay the price will go back up early Sunday morning!

Don’t forget to leave a review after you’ve had a chance to read the books. They really do help!

You only have a few days left to preorder Rogue Agents Unbroken. Have you preordered your copy? It releases on Wednesday. Then the following week Chew The Bullet comes out. And more preorders will be announced next week! 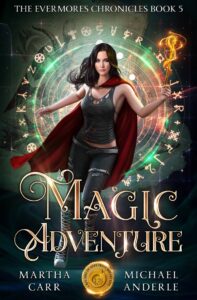 Smokey’s been arrested, Fran has gone viral, and Enfield took a long, painful drop down a waterfall.

Worse yet, the dead are rising from their graves.

Woodrow and Wilson are leaving nothing to chance and have taken a blood oath, sealed in magic, to capture the Source.

Fran and Cam are trying to understand the prophecies better. The answers might be harder to track down than they hoped.

Will they be able to find the other pages and decipher what they mean in time?

The Evermores are back to chasing after the Source. The longer it’s loose, the more damage can be done to the kemanas. Will they be able to recapture it and restore magic to the kemanas?

Get your copy to join Fran, Cam, Mana Weave and the Evermores as they face a council meeting, deal with a mutant bear attack, attend an underground auction, and fight the undead. 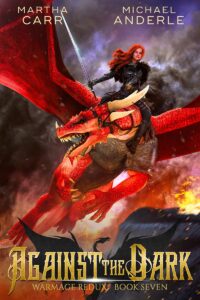 See what fans are saying about this release:

“​Once again, a grand slam has performance!

It’s official, folks. The Martha/Mike show has developed a heart. No more blood-pressure boiling, urge to murder and mayhem inducing, “How dare you do this again???” screaming cliff-hanger endings. I have to say, as much as I enjoyed those nasty little hooks that sunk in and then mercilessly dragged me across gravel and broken glass to the next book, I think that that description adequately summarizes how little I will miss them.

That aside I should mention that I was so engrossed in Raven’s latest chapter that I was both late to work and late returning from lunch. ***sigh*** The addiction is real, I tell you.

Martha and Mike have also found their funny bone, again. This is not to say, in any way, that they’d lost their sense of humor or that it had died. However, the humor in THIS book is so subtle and yet simultaneously overwhelming, that it harkens back to those introductory days between Leira and Correk and all the fodder it offered them for comic genius.”
–Tom I.

“​A GREAT SERIES! I’M HOPING THAT THERE WILL BE A THIRD SERIES!

I have enjoyed this series so much, from mage school to War Mage. The action is well written and fun. I’m looking for series three. I’m sure that Martha has another few books in her.
That said I’m looking forward to book eight. Peace.”
–Kindle Customer​ 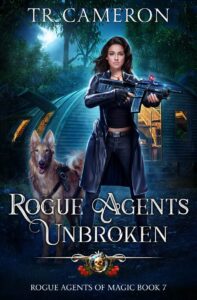 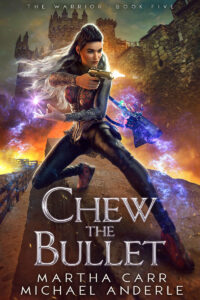