Two fantastic new releases are out this week…

…and a new boxed set is on sale this week too.

But first, Magic Lineage released on Valentine’s Day. Fran, the Evermores and Mana Wave have their hands full. The Darkness Between Dreams is hunting the Evermores – especially Fran. Will she be able to defeat whatever he throws at her and keep her company going? Grab your copy to find out.

Then Wing and Fury released this morning. Raven, Leander, Bella and STAR are back home in time to see more changes are happening to the world as magic continues to expand in the world. First it’s an invasion, now it’s magical giant creatures. Find out how the world is changing and the challenges Raven and her friends face today.

​And now for the boxed set – if you were waiting for this series to get boxed up, here’s your chance to grab it for 99 cents. Join Ruby and her friends in the Magic City Chronicles Complete Series Boxed set to binge read the series today. You may see some familiar faces from other series appear in this one! ​

Next week, Rogue Rampage releases followed by book 4 of The Warrior, A FUBAR Kind of Day, the last day of February. 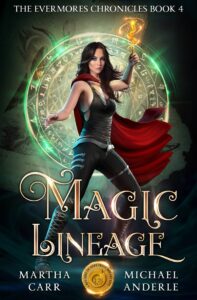 Mix together cocktails, a rundown factory, and an acid-spitting flying rat and what do you get? The next adventure for the Evermores.

The Darkness Between Dreams is hunting the Evermores – especially Fran.

What’s a young witch to do when there’s a powerful witch and military contractors gunning for her?

Dust off her wand and practice with her newly found magic. A battle is coming their way.

Mana Wave continues to grow. But the team needs to find a source other than Fran’s magic or The Source to power the batteries.

The location of their new factory just might provide a surprising solution.

More of the hidden prophecies are being discovered. Rumors are swirling that the Evermores will bring disaster to Mana Valley.

First, Fran will have to contend with a knife in the dark, an underground bar, and a talking wall. 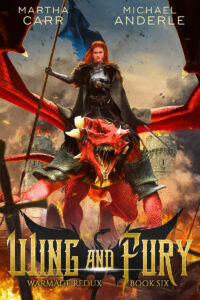 Raven Alby’s first foreign diplomatic mission was a success with her familiar and dragon, Leander by her side.

But now that the WarMage is back, funny things are happening with the land she calls home. Lomberdoon is showing strange new signs of life. Just like her old warrior grandfather, Connor predicted.

Maybe the sea serpents knew what they were talking about after all.

Get your copy to discover how Raven, Bella and the rest of her friends handle the newest challenge coming their way. 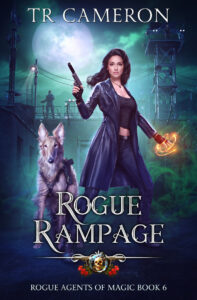 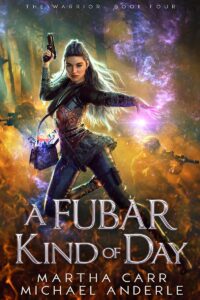