This celebratory month of July is speeding right past us. Between the weekly boxed set sales, mug contests and other contests, something is always going on! It’s kinda great, if I say so myself! Are you enjoying the deals and contests? We’d love to hear what you think of them!

We have two new releases this week and as of this morning, both of them are available.

On Monday, Two If By Magic released. If you haven’t started the Chronicles of Winland Underwood yet, now’s a great time to get to know the Fixer’s daughter. She has won the battle for the citizens of East Calico Rock, but the challenges are still coming for her and the refugees. Will East Calico Rock remain a protected magical enclave, or will the hunters find them? Will Winland be able to protect everyone, no matter the cost? Grab your copy to find out!

And this morning, Sentinel came out! Nicole is missing and Henry is on the hunt, hoping to find her before something bad happens. A lot of things are happening all at once and an old Goddess is back, preying on unknowing victims. Can Henry get the answers in time to save everyone at risk? Pick up your copy to continue his adventures!

If you haven’t picked up these boxed sets already, today is your last chance to get them for 99 cents:

Next week we’ll the last set of Oriceran boxed sets for you to pick up for just 99 cents. Keep an eye out for them. They go on sale on Sunday!

Are you interested in winning a mug? New contests are up on Yumfuck Tiberus Troll’s page and the Kurtherian Gambit Fan Group. Enter to win there. The contest will end next Tuesday, July 26.

A new contest is available for your enjoyment. If you are a fan of Cait and Aza, a witchy and dragon-themed contest is now underway. Enter for your chance to win here! A little less than a week remains to enter!

Two preorders remain in July. Ready For All releases on July 25. Witch With An Enemy got delayed and will be releasing July 31. And a new series is coming in August – The School of Roots and Vines. Check out the preorder for Sophie Briggs and the Spike of Death available below! It’s a series tied to The Warrior series! 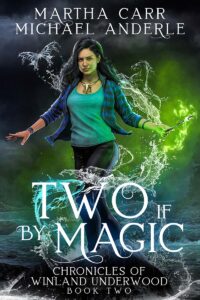 A battle is won but the challenges for Winland Underwood and the residents of East Calico Rock have just begun.

Can the old Fixer’s daughter keep the hidden magicals safe?

It’s not easy relocating to a ghost town in Arkansas. It’s even harder when the city sits on top of a forgotten underground lair.

But even that can be handled as long as the town remains a secret.

A magical gem is discovered by the teens that can give them everything they desire.

That can’t be a bad thing, right?

For a city that’s trying to stay hidden, it can be.

Will East Calico Rock remain a protected magical enclave, or will the hunters find them? Will Winland be able to protect everyone, no matter the cost?

And where is her mother? 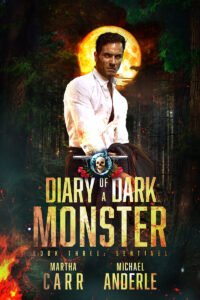 Henry Neumann is on a hunt. This time, the shifter is searching for a friend. Nicole is missing and if someone could take the bounty hunter, it must be bad.

Has Stryker stepped even further over the line? Or is it the Midnight Collective?

Everyone wants to get their hands on the old Pict relic in Henry’s possession. It’s the key to bringing back the past – and a dangerous army.

But is there an old player in town and is she the most deadly one of all?

Ward invites everyone to dinner but are the guests really prey of the ancient Goddess, Kunith?

Henry needs to figure out the answers and quickly. Even the teenagers are in the crosshairs this time.

Get your copy to find out how Henry Neumann can fight on to keep Seattle safe and keep his secret life as a shifter, if he can. 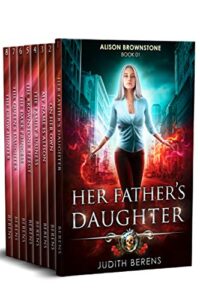 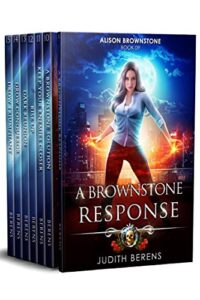 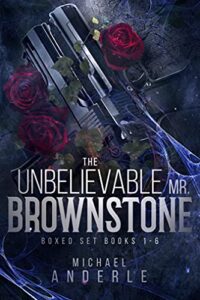 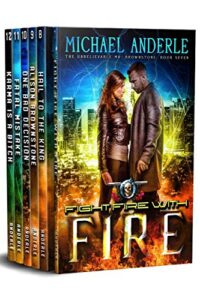 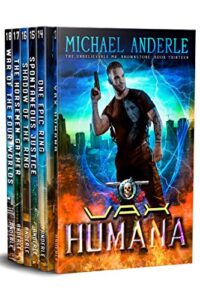 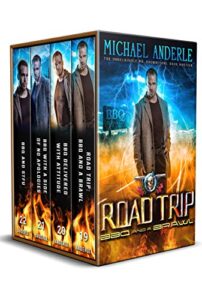 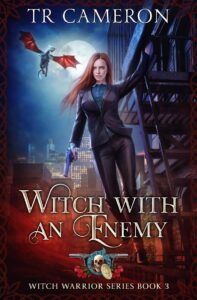 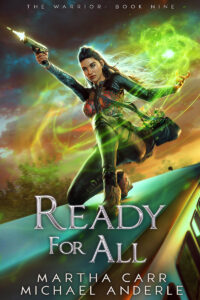