The end of June brings two books at fan pricing!

Another three-day weekend is almost upon us. And we just had one last weekend. I guess we really shouldn’t complain as it’s nice to have extra days off – whatever that means for writers (Hint: I don’t think many of them take as much downtime as they need to.) With this being the last weekend in June, a bunch of things will start in July to celebrate 5 years of Oriceran. If you like contests, including ones to win swag and mugs, there will be many contests coming your way. And boxed set sales!

But this weekend, two of the three books released are at Fan Pricing, That means both One If By Land and Witch With A Grudge will be 99 cents today only! You get to start a new series in Oriceran and continue another series for less than $2. How awesome is that? Just remember to get them today because pricing returns to normal tomorrow!

Speaking of contests, be sure to check out our Do You Believe in Magic contest and enter for your chance to win a fun prize! You could win a poster, a hand-carved wand, and a Windland mug!

Have you heard of Dragon Con? There are awards where readers can nominate books for authors for a chance to win a Dragon Award. We’re doing a push for Martha to be nominated for Best Military Science Fiction or Fantasy with Get Smoked Or Go Home. You can only nominate once, so check out the form here and sign up those folks you think are appropriate for the categories. Just remember, you need to do this before July 19!

The next Lunch Together While Apart will take place July 8! So no sign-ups until the last week of June!

Stand WIth My Unit, book 8 of The Warrior series, is available for preorder and it releases the last week of June! Preorder it today! 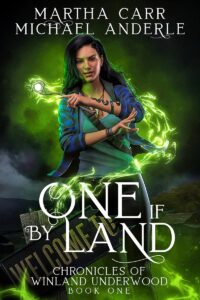 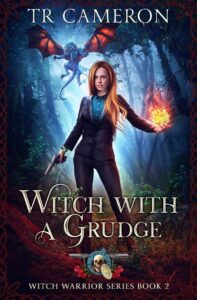 Cait Keane and her Dragon partner Aza have a score to settle with an assassin – and whoever hired him.

Investigating the murder of a judge wasn’t the plan for Cait’s first weeks in Boston.

But they’d caught the assassin, so, case closed, right? Not so much.

Everybody wants a word with the killer – the Marshals, the PDA, and the two criminal bosses in town. One of the bosses hired the hitman and he’s not saying a word.

Cait better slice through the tangle of lies fast.

The animosity between the Roses and Dragons organizations is already heating up.

At home, a new threat has emerged to endanger her coven. Now that her family is in charge, it’s on them to deal with it. But Cait has never faced shifters before, making it one more step into the unknown.

Events will push her to grow in power and skill – or kill her. 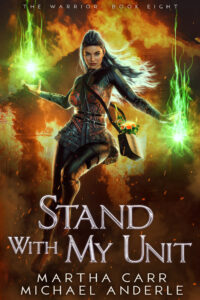