Boxsets and audiobooks, oh my! 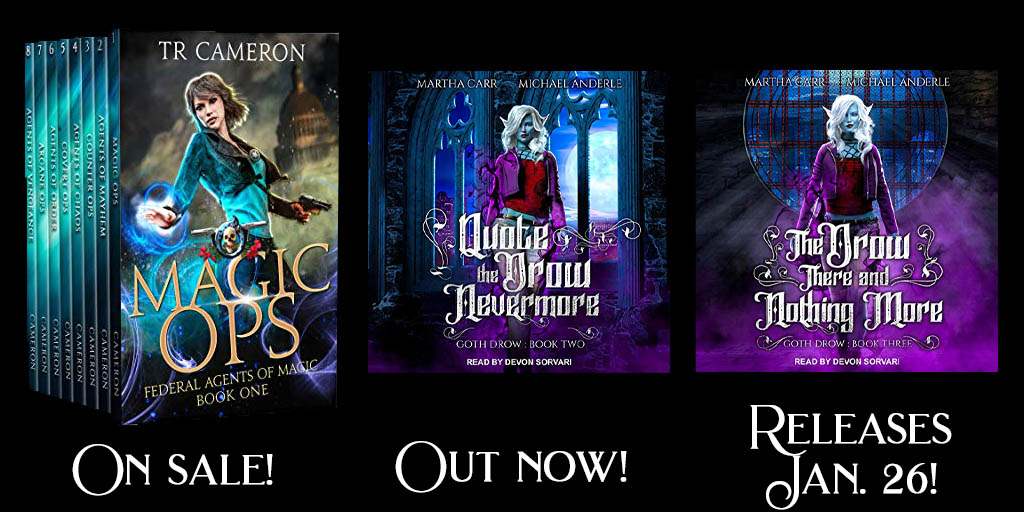 More Goth Drow audiobooks heading your way! Happy Saturday It’s Fan Pricing Saturday! And The Federal Agents of Magic Complete Series Boxed Set is still on sale for just 99 cents! If you don’t have your copy yet, now is a great time to get it. And if you do have it, tell your friends! We love […]

Do you like boxed sets? Check out the first boxed sale of several coming up! 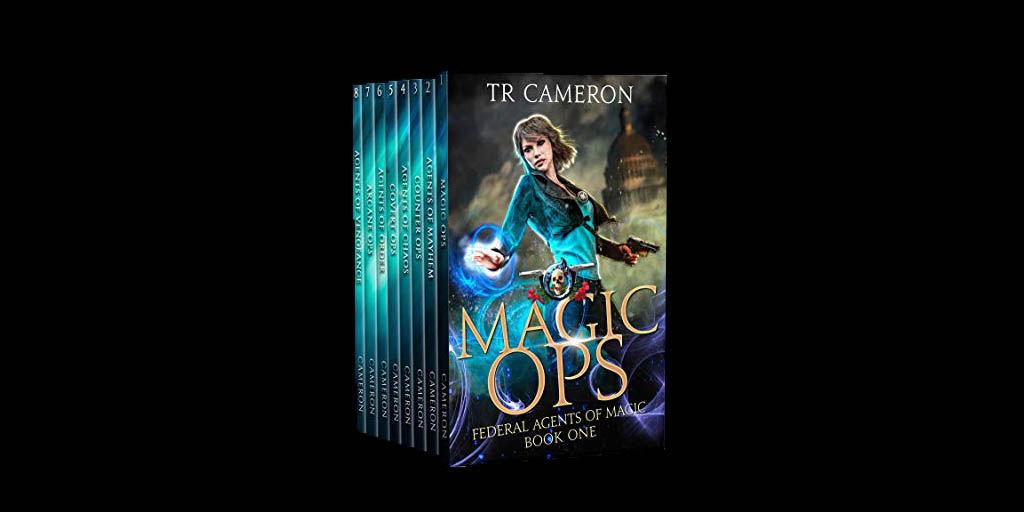 The underlings are defeated. Time to take down their bosses. With the local enemies contained, the agents set their sights on finally taking on the true threat. Earthly enemies have compromised their government and are launching cyber-attacks on their systems. Oriceran enemies have added new bounties. Cara and Diana are still in the crosshairs. No […]

It’s time to clean up their city or die trying. The Remembrance have stepped up the pressure after the Federal Agents of Magic slapped them down hard. There’s a bounty on Diana’s head, as well as her second in command. Criminals are dying for the chance to collect. And the bad guys have found more […]

Ice shards rained down at Diana from all directions, her attacker’s abilities sufficiently impressive to threaten her from every angle. She responded with a raised-arm spin that created a shell of frozen power around her and pulled energy from the matching magic as the icicles struck and failed to penetrate. She smiled through the barrier […]

Enough is enough. Special Agent Diana Sheen has been pushed too far.  Magical attacks on her, on her team, and on the city she’s responsible for have tipped the balance.  It’s time to hold the enemy responsible.  But there are more players on the opposing side than she knows.  Dirty politicians, a sneaky witch maneuvering […]

Special Agent Diana Sheen is in an unending battle… … against magical villains on Earth, more of them from another planet, and her own government. The enemy’s use of a dire artifact requires a response. BAM will have to go after their own artifacts to even the score.  But there are plenty of people standing […]

…by magical villains determined to bring her and her agency down. The bad guys have something big planned, and like a storm over the horizon, she can feel it coming but doesn’t know how bad it will turn out to be.  The answer? Really, really bad. Diana and her team will need to be at […]

Special Agent Diana Sheen runs a secret agency… …locked squarely in the crosshairs of a magical conspiracy far greater than she’d imagined. The bad guys are seeking artifacts to increase their power, and it feels like they’re leading up to something big. Can she stop them in time? The attacks are getting personal. Other bureaus […]

New city, new troubles. It’s going to take all the magic Special Agent Diana Sheen can gather to keep the peace. But will it be enough? Diana runs a secret Federal agency that combats magic mixed with wicked. Her team cleans up the worst streets, disguised as bounty hunters. Challenge #1 is a small troll […]