Would you like to read a sneak peek of A Defender Rises?

Last chances to preorder and a sneak peek of A Defender Rises!

Happy New Year! I hope if you celebrated, you did so safely and we all wish you a wonderful 2021 – one that was better than last year.

We have delayed Lunch Together While Apart until January 8. You can register to win a pizza below. Reminder: Winning a pizza is only for US Residents, but ANYONE can attend the get together on Friday. We look forward to celebrating the new year with all of you then and hope to see you there!

Have you preordered Zero Dwarfs Given yet? It releases tomorrow, Jan. 3. If you preordered it, it will appear on your Kindle first thing in the morning and be waiting for you to read when you wake up.

And if you missed it, a new series by TR Cameron, called Magic City Chronicles, launches on Jan. 5 with book 1 A Defender Rises. To celebrate, we have a sneak peek of chapter 1. A Defender Rises is also available for preorder! You won’t want to miss this exciting series!

This is just the first of a few new Oriceran series launching this year. Keep an eye out for the Academy of Necessary Magic, due out later this month!

Ruby shook her head in annoyance as she watched Jennifer flounce through the crowd toward the restroom. Meeting her at all was stupid enough. Meeting her here, though, that took some special effort at being dumb. Well done, Ruby. She sighed and finished off her Ringer, a Pilsner from a craft brewery on the other side of Nevada. She made eye contact with the bartender and pointed at the two empty glasses. The tuxedoed woman behind the long metal-and-stone bar nodded.

Any of the wide variety of casino bars on the Ely, Nevada Strip, which resembled a mashup of the one in Vegas with Fremont Street in that city, could have hosted her reunion with her high school frenemy. Since the other woman offered the invitation, it had seemed only right to let her choose. Still, Ruby hadn’t expected Jennifer to select the one gambling hall that would have easily won the award for “Most likely to piss Ruby off.” Then again, that’s exactly the way she would have acted six years ago, so it’s probably stupid for me to be surprised.

Looking around at the place, she had to admit that the Sunshi family had done a beautiful job with it. It was soft and elegant, all whites and golds and blues, making one think of the sky, mountains, or the oceans. Each of the casinos in Ely, Nevada was owned and operated by a different group of magicals, earning the town the nickname Magic City. It wasn’t as big as Las Vegas to the southwest or Reno to the west, but what it lacked in size it made up for in originality. The Mist was one of two gaming establishments owned by members of the reclusive Mist Elves, who had remained hidden from everyone on the magical planet of Oriceran for generations upon generations until finally, the allure of coming across to Earth proved too strong to resist. Ruby’s family owned the other one, called Spirits

We will be doing another pizza lunch at 1 p.m. Central Daylight Time on Friday, January 8, and everyone is invited to attend.

To be eligible, sign up at this form: https://forms.gle/hK6Qa34ExJou15Nw8 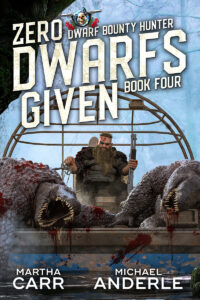 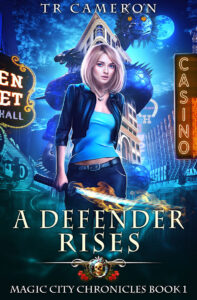